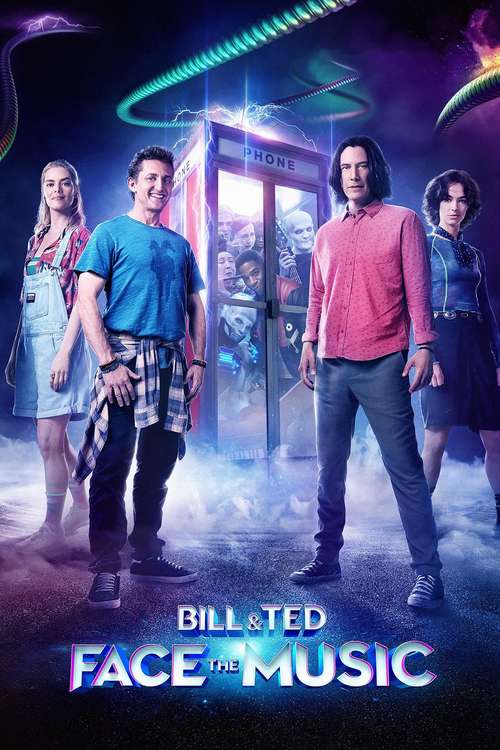 Thirty-one years after the release of the first film, Bill and Ted are back! Despite the COVID-19 pandemic putting a hold on a complete theatrical release for Bill and Ted Face The Music, it didn’t stop the duo from landing in a small number of theaters and homes across the country.

Before the film’s release, the cast and crew took over San Diego Comic-Con@Home to promote the movie, and the passion displayed by all parties involved, along with narrator Kevin Smith’s love for the film, only added to my excitement for its release.

Bill and Ted Face the Music certainly did not disappoint as it’s the most excellent sequel and one of the biggest surprises of 2020. Bill and Ted continue to be best friends while holding on to that promise that they will somehow unite the world through their music. Despite that promise set in motion over 30 years ago in the original film, the duo has yet to unite the masses. Their music and beliefs in their purpose aren’t connecting with anyone beyond their daughters, Billie and Thea.

The team of Chris Matheson and Ed Solomon return to script the film. While the return excited me for the film’s potential, it was Dean Parisot (Galaxy Quest) jumping behind the camera that sparked it for me, and he did not disappoint. Parisot tackles the theme of letting go of the past and whether or not one should throw in the towel after believing in something for so long, yet those goals never coming to fruition.

Keanu Reeves and Alex Winter ooze charisma throughout the film. It’s quite apparent the passion both of them have for the characters they first played 30 years ago. Their undeniable chemistry remains intact and should make cinephiles wonder why the duo don’t collaborate on more films.

Although Reeves and Winter remain the glue that holds the film together, there is no denying that the film’s standouts are Samara Weaving and Brigette Lundy-Paine as Thea and Billie. Paine’s performance resembles Reeves’s original take on the character in the first film while Weaving effortlessly adds to the charm first established by Winter in previous installments. Their chemistry makes both Billie and Thea extremely likable from the get-go, which aids in Matheson and Solomon’s choice to see history’s iconic figures gathered by the daughters, which are apropos to the film’s themes and should now warrant all cinephiles demanding a Thea and Billie film.

Family as a theme is reminiscent of 2019’s Jay and Silent Bob Reboot, a film that beautifully syncs nostalgia and the future. What works for both films is the choice to not focus solely on nostalgia, but to sprinkle some throughout the film. Like Reboot’s tribute to Stan Lee, Bill and Ted Face The Music pays homage to the late George Carlin in the most excellent way.

In a year that will mostly be remembered in a negative light, Bill and Ted Face the Music is everything cinephiles needed in a time of such darkness. A lighthearted, heartfelt gem that cements itself as one of the most entertaining films of 2020.

A film that teaches us a lesson that is undoubtedly missing right now, “Be Excellent To Each Other”.