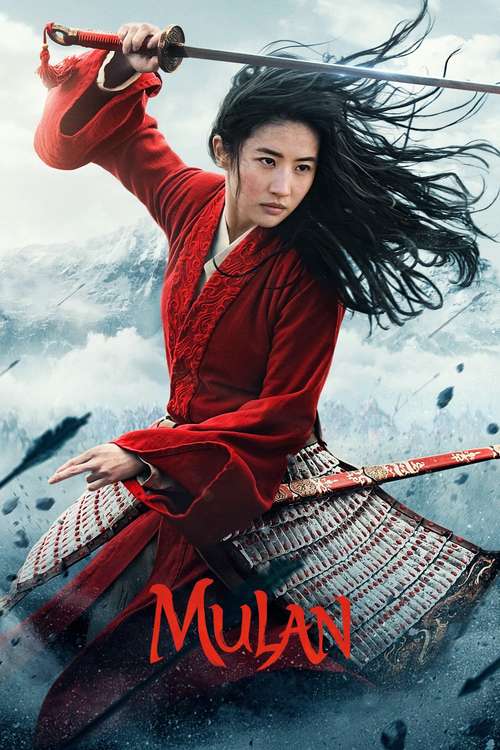 The Disney live-action adaptations have been a mixed back since the initial streak of releases began in 2010. Despite three releases in the 90s including The Jungle Book, 101 Dalmatians, and 102 Dalmatians, it was not until the 2010s that Disney’s adaptations of their animated classics became a focal point of the studio’s annual releases.

After the soulless shot-for-shot live-action adaptation of the 2019’s The Lion King, it was hard to imagine the studio attempting an original look at their animated film library. Mulan is a fresh take on prior beloved releases growing up. While Disney purists will likely scream and complain on social media about the 1998 animated film changes, I enjoyed this new take of the story.

Rather than doing a carbon copy, similar to The Lion King, which failed miserably, Mulan is a fresh reimagining that retains the essence of Mulan’s character from the animated film while making sure that the live-action adaptation adds a layer of originality missing from other adaptations.

Mulan‘s premise follows most of the animated film’s main plot with Hua Mulan (Yifei Liu), someone who doesn’t quite fit in the expectations of women at the time and of her village leading to her mother, Hua Li (Rosalind Chao), becoming embarrassed continuously by her daughter’s behavior. Simultaneously, her decorated war veteran father, Hua Zhou (Tzi Ma), seems to take pride in Mulan’s lively spirit.

As war is imminent and China’s fate is on the line, the Emperor decrees one man from every family must join the Imperial Army and defend the Empire from the Northern invaders. Despite his ailing health, Zhou steps forward to offer to fight for the Emperor, ultimately leading to Mulan secretly taking her father’s sword and armor and disguising herself as a man named Jun to take Zhou’s place in the Imperial Army.

For fans of the much-loved 1998 animated film, disappointment will be on full display as the original elements have been removed. This concept is one of my favorite aspects of the film. Rather than a carbon copy of the animated film, director Niki Caro created a war epic where there was little room for Mushu, voiced by Eddie Murphy, Mulan’s love interest Li Shang and musical numbers. This allowed Caro and the company to focus on Mulan’s character development rather than being tied down to a homage to its animated predecessor. Mulan strived to be more than a rip-off, but present a narrative more rooted in the mythology of both its titular star and Imperial China.

While striving and succeeding in creating a new take on the story, Caro does sprinkle references to connect this remake to its animated counterpart, including Harry Gregson-Williams musical ques in his score paying homage to the classic Matthew Wilder and David Zippel song, Reflection.

Outside of removing certain characters and music, Caro’s most significant change is Mulan’s connection to qi (or ch’i). This force has been linked to the strongest warriors by Chinese philosophers. The inclusion of this connection adds another layer of authenticity to Chinese culture that Caro and Disney were looking for with this release.

Mulan‘s production design is breathtaking and had me longing for a theatrical experience to watch the film as every cent of the $200 million budget was used. The film offers some big-time war action set pieces that are a marvel with dazzling effects that are sure to be in cinephiles’ favorite set pieces of the year.

While there is a lot to rave about regarding the film, there is one aspect of Mulan that did not work for me. The film strives to be an authentic tribute to Chinese culture, yet every person speaks perfect English, and there is no Chinese dialogue. While I am well aware that this film is set to be a kid’s film, it would have been nice to see some subtitles on the screen. In a year where Parasite won Best Picture, a more authentic representation regarding language would have been welcomed.

In its attempt to be different and original, Mulan cements its place as one of the finest Disney live-adaptions released thus far. While it does not remove 2016’s The Jungle Book as the best of the bunch, it certainly should be in the discussion as the formula for upcoming live-action adaptations.